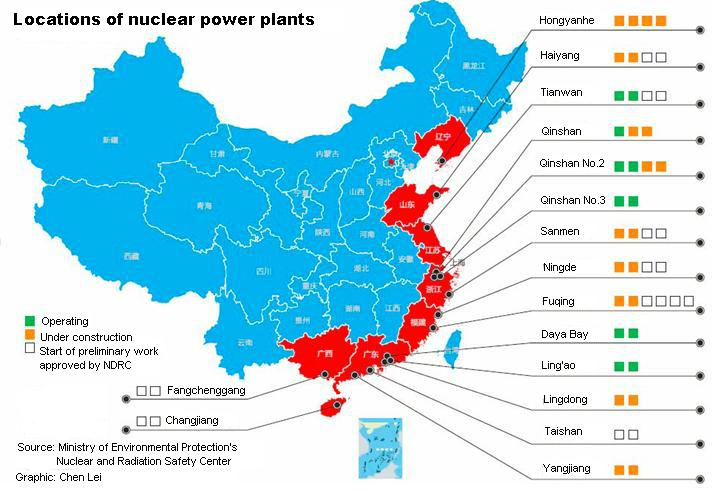 World Nuclear Association: Under China's goal to lift the share of non fossil-fuel energy sources to 20% by 2025, the nation will “accelerate a push into the construction of third-generation coastal nuclear plants,” and promote technologies including modular small-scale reactors and offshore floating nuclear reactors, according to the five-year plan. Electricity generation in 2019 increased by 5% compared with the previous year. That from fossil fuels was 5045 TWh (69%), from hydro 1302 TWh (18%), nuclear 349 TWh (5%), wind 406 TWh (6%) and solar 224 TWh (3%).